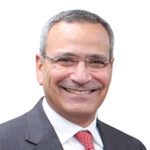 Mageed Abdel Yahia is the World Food Programme WFP Country Director in the United Arab Emirates UAE and a representative of the GCC region.

Yahia has over 30 years of experience in the humanitarian field and has worked in both emergency and development settings.

Mr Majeed Yahia began his career with the United Nation’s WFP in 1997 and has since served in various fields in Africa, Italy, Afghanistan, and Pakistan. He worked as the Deputy Country Director and Officer in Charge of WFP between 2007 to 2010, and as the Secretary-General of the United Nations Water Conference in 1976.

One of the topmost achievements of Majeed in the course of his service includes pioneering various innovations like the implementation of biometric identification platforms IRIS Scan for redeeming humanitarian relief. He also introduced hydroponic containers for the production of animal feed.