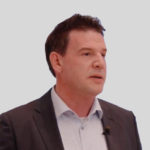 Ingo joined Döhler Group Six years ago as Director of Sales & Business Development Food for the European market. After nine months, in addition to this task, he took over the responsibility for the entire sales in the region Europe; a position he held for about three and a half years.

Beginning of last year he was promoted to General Manager and President for the Middle East & Africa based in Dubai.

Ingo started his career in consumer goods and afterwards worked for Brenntag, a large distribution company in various positions for nearly ten years. He afterwards joined German Oetker Group as a Commercial Director in Budenheim for the global food ingredients business.

Before joining Döhler Group he has held the position of Vice President of Sales in Europe, Middle East and North Africa for Gelita, the world’s leading supplier of collagen proteins.

He has a degree in Business Administration and holds a dual Executive MBA from the Universities of Vienna, Austria and Minnesota, USA.