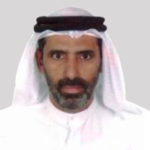 Abdul Kareem Mohammed Al Amri was born in Ajman – United Arab Emirates in 1955. He obtained his Bachelor Degree in Economics from Cairo University in 1977 and his Master degree in 1985 from New School University, New York. He started his working career in 1978 in the UAE Ministry of Foreign Affairs. In 1987 he was assigned as UAE Ambassador in Korea. In 1998 (until 2008) he was President and Chairman of the Board of Directors of theArab Authority for Agricultural Investment and Development in Sudan (Pan-Arab Organization). His working career is marked by many accomplishments in the fields of Agricultural financial investments and development in the Arab States. He obtained his PhD. Degree in Social Sciences – University of Northumbria/UK in 2011. He is currently the owner and CEO of Hail Agriculture Consultancy Company based in Dubai – United Arab Emirates.